I am thrilled to have my first photograph credit. 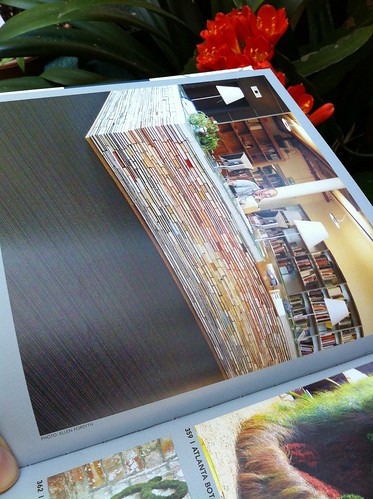 You can see a better angle of the photograph here 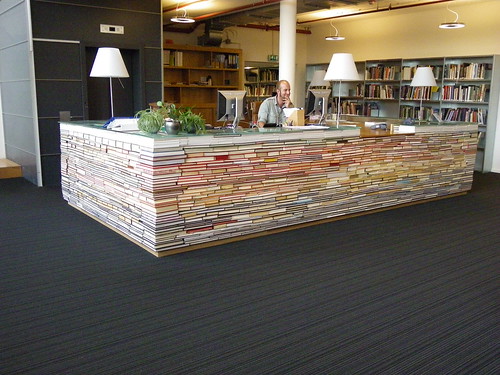 To see more of the photographs I took at TU Delft Architecture Library, have a look at my set on Flickr.

Posted by Ellen Forsyth at 7:33 AM No comments:

Email ThisBlogThis!Share to TwitterShare to FacebookShare to Pinterest
Labels: books

Another post about people using images and removing the metadata

I have written about this before, and it tends to bring a wry smile rather than any other reaction now, when it happens to me.


I came across this by accident

which looks  very similar to this 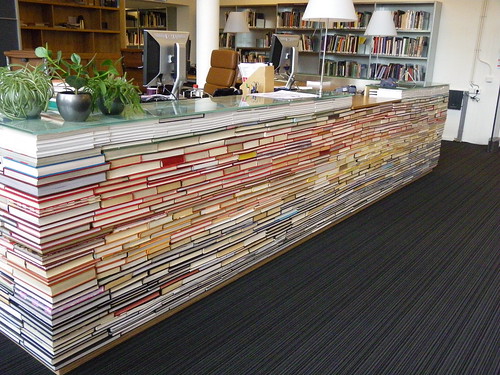 It was nice to see the photograph being used, and it is great to see the Garage Sale Trail being promoted, so all is good.
Posted by Ellen Forsyth at 7:28 AM No comments:

Email ThisBlogThis!Share to TwitterShare to FacebookShare to Pinterest
Labels: photography

Adopt a Book at the British Library

Adopt a Book at the British Library helps fund conservation work.  They have just added some Gothic titles, to tie in with a celebration of 250 years of Gothic writing - Terror and wonder (exhibition opening soon). I really like this as a way of helping provide funding for a library, and I like the way the British Library is thinking about it, including having a blog post about one of the conservators - see Meet adopt a book conservator Rick Brown.

You could also think about supporting this for All hallows read, as it is giving a book, but just a bit differently.

Eastern Counties Regional Library in Nova Scotia, Canada has community gardens at six of their libraries.  Each garden is run differently, depending on the community.  There are very deliberate links to information provision as part of this garden and library connection.
Posted by Ellen Forsyth at 8:00 AM No comments:

My review of Craftivism by Betsy Greer

Craftivism: The Art of Craft and Activism by Betsy Greer
My rating: 5 of 5 stars

I had not come across the term craftivism before reading this book, but I had come across the actions of craftivism, having seen many people be active in Wrap with love, and other charity knitting done in many libraries, as well as other public projects (and been involved in some myself).

This book brings together a wonderful range of craftivism people and actions, some you will have heard of and others which are new. There are some lovely options, which help communities, such as the crafted baskbetball nets to replace stolen and vandalised ones, and the work of the Adithi collective who were stitching the story of Chile, but were not regarded as dangerous as they were embroidering. Their embroidery was able to tell people what was happening (because it was regarded as harmless), this subversiveness was critical for sharing information outside the country during a very tough time.

Some of the stories are about individuals and their singular paths of craftivism, while others are stories of communities or groups working together.

There are a many countries and styles of craftivism discussed, as well as some interesting historical examples. This book would be useful for libraries to add to their collections for local craftivists, but also for thinking about programs and services provided by the library, and for helping people connect to information to help with their craftivism. This is a key role which libraries and their staff can play.

It struck me that there should be a deliberate discussion in more places (including libraries), so that people think more strategically about the craftivism, and acknowledge that it is as powerful as it is.

I am now doing a lot of catch up reading about craftivism.

View all my reviews
Posted by Ellen Forsyth at 9:00 AM No comments: 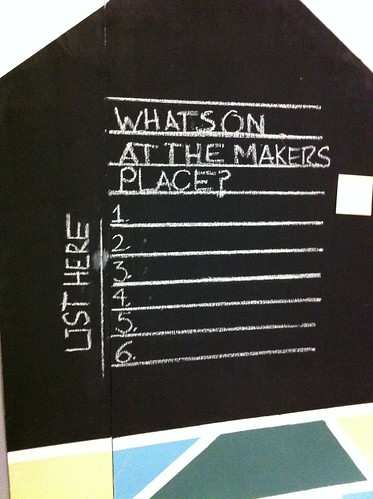 This makers place / maker space opened last night in Leichhardt.  It is a pop up space, so it will be interesting to see what happens over time.  There were other things there, but I could not have photographed them without being really intrusive.  A potter was making pots on a wheel, there were four 3D printers, a microbiology space and a few other things.  It looks really interesting.  Thanks to @anne_doherty1 for the information about this.

You can see a few more photographs of the space here.

Three farm are working with various partners on this, including the local council. 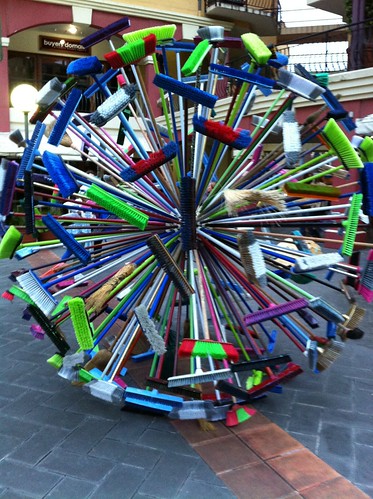 I have no idea if this sculpture is linked to the Makers place (I think it may be), but as I am reading Un Lun Dun by China Mieville it seems a rather wonderful connection with that novel, and a wonderful reuse of brooms.
Posted by Ellen Forsyth at 9:00 AM No comments: